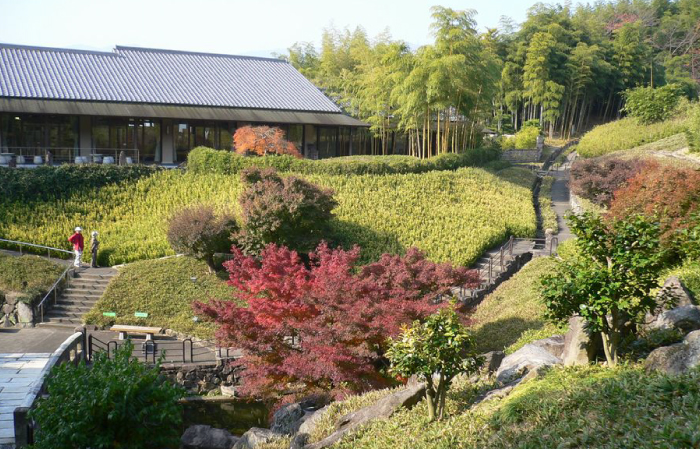 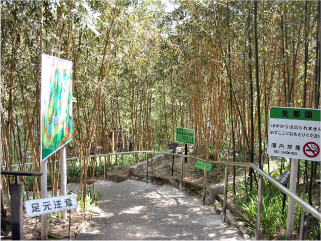 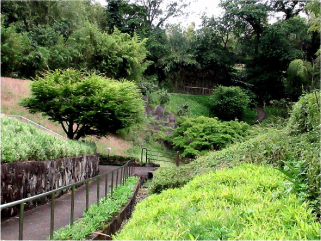 As you enter the garden path from the south exit of the Bamboo Museum, you can see the beautiful Phyllostachys bambusoides var holochrysa /Ougon-Chiku, and the rare species named Phyllostachys pubescens var. Nabeshimana S.Suzuki/Kinmei-chiku and Phyllostachys bambusoides 'Marliacea'/Shibo-chiku right in front of you.
Also when you walk down the boardwalk, the breathtaking view of greenery spreads all around. The historical site of Dodo Bridge/Dodo-Bashi creates a great addition to the atmosphere, making it a popular photo spot. 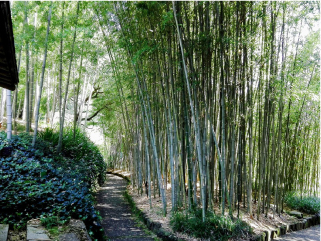 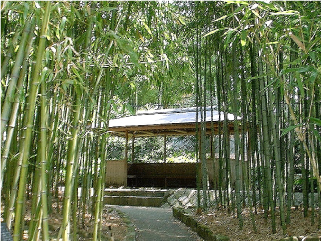 The park can be strolled around on the boardwalk, and various species of bamboo can be observed along the way.
In the center of the park, there is a Gazebo-style (Azumaya- style) rest area where you can relax and enjoy the bamboo grove. 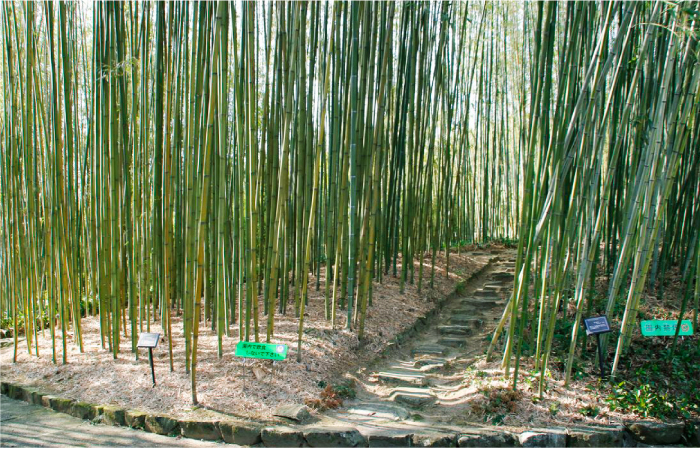 In addition, there is a small bamboo path with stepping stones in the center of the park. Entering that small pathway, visitors can observe the characteristics of various bamboos and Sasa bamboos species more closely, which is highly valued by academics.
In recent years, this Japanese style bamboo pathway with stepping stones has been gaining popularity not only in Japan but also overseas. This fantastic space created by the clusters of bamboo is a popular spot for taking photos. 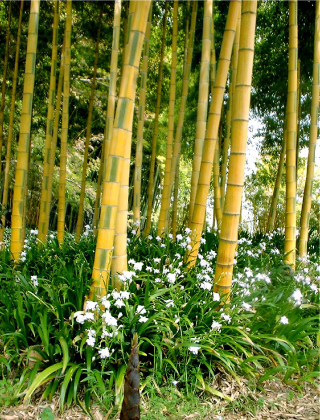 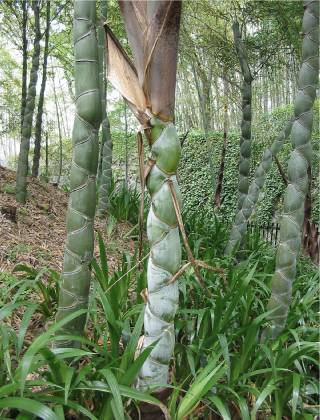 In general, the culms of bamboo are green. However, there are some species whose culms are strangely golden in color, or have separate shades of green and yellow. Many bamboos have circular culms, but there are also some that look like turtle shells, such as Phyllostachys pubescens var. heterocycla Houz.de Le./Kikko-chiku, some have square culms, such as Tetragonocalamus angulatus (Munro) Nakai/Shiho-chiku. You can see these bamboos with unusual colors and shapes in the Ecological Garden. 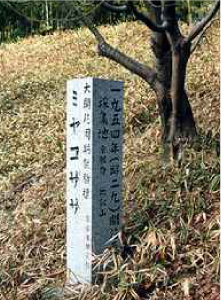 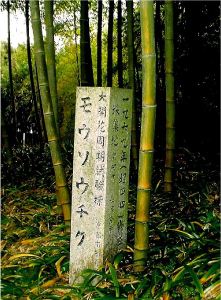 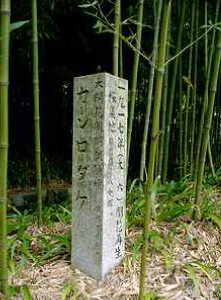 Bamboo has been closely associated with the lives of Japanese people since ancient times, and is a plant that is very familiar to us. However, their ecology is mysterious and often unknown.
One of them is the flowering phenomenon of bamboo. Bamboos generally bloom in cycles of several decades or even centuries. They also tend to bloom and die all at once.
The stone marker of Sasa nipponica (Sie.) Makino et Shibata/Miyako-zasa is inscribed with the words, "Large flowering cycle test marker, 1954, flowering seedling”. This is a seedling that grew after flowering, and was recorded to confirm the flowering cycle.
The bamboos planted in the Ecological Garden are regenerated as seedlings after the flowering and dying process, or if they are grown asexually. The regeneration time of each bamboo is inscribed on a stone marker for future research.
竹林公園
▶公園内施設
▶竹の資料館
▶竹の豆知識
▶世界の珍しい竹
▶竹製品販売～Bamboo Shop～
▶通年イベント
みどころ
▶生態園と竹の研究
▶見本園
▶見本園の主な竹紹介
▶京都の歴史遺産
▶竹風軒（茶室）
子どもの広場
▶広場案内
▶広場の特徴
▶ご利用にあたって
▶団体利用・フリマ等イベント
公園のご案内
▶開園時間・料金
▶交通アクセス
▶お問い合せ
▶撮影等に関しまして
▶ボランティア募集